One of my post on Rail Radar at Govperneur blog crossed 6000 pageviews . It was an unexpected but pleasant milestone. So i went back and reviewed the article. To my utter dismay i found that the Rail Radar project which was covered in the article has been closed down and link now redirects to the National Train Enquiry Service (NTES)  website of the Indian Railways (CRIS).  On further digging i found that the project which was lauched in partnership with Rail Yatri has been shelved in favour of a new interface (supposedly user friendly) developed by CRIS  in this article.

In that article i had shared that this project marks a major milestone in the digital governance highway the Indian railways is cruising in. With the closing of this project in favour of the new inhouse interface by CRIS the project has moved backwards.  However not to be left behind, Rail Yatri (Stelling Technologies) has created Rail Radar Hotspots. This site provides train movements as per scheduled timings (since CRIS is maintaining its monopoly of train movement data) and also highlights the hotspots which are likely disrupt your travel.

RailRadar™ HotSpots is a live tracker of spots of significant events and incidents called as ‘HotSpots’ occurring across the country which has or has the potential of impacting train travel in India. This live tracker is shown on an interactive map and allows users to locate these HotSpots across the country. It also helps determine if any of the scheduled train has the potential of getting impacted by it.

The effects of these HotSpots vary in terms of severity. Some of the known after-effects which we have tracked are as follows –

It is difficult to predict a complete list of events or incidents which can impact train travel. However, one can take clues from past events/incidents over the years which have resulted in train travel getting affected in adverse manner. Some of them are –

Every year thousands of such reported across the nation which has resulted in significant impact on travel.

Over the last decade, train network and traffic in India have grown tremendously. Indian Railways expects this trend to continue over the next few decades. Also increasingly Indian Railways passengers today want to know more – beyond just ‘an’ ETA of ‘a’ train at ‘a’ station. As the volume and complexity of information increases – we believe that new methods of information dissemination (associated with Trains) will be required. RailRadar™ is one such attempt on that line. We believe that value of information/directions can greatly be enhanced when presented graphically rather than just plain text.

RailRadar™ HotSpots is one such representation of information dissemination mechanism associated with events which can significantly impact train travel in India.

How this affects us?

The larger public interest is affected as CRIS is trying to maintain its monopoly of train data. They should release it as API and allow for innovation. Many innovations are possible like this Wake up call System called Pyka.

The Government has embarked on a mission to promote Open Data and to bring more information into the public domain. Much of the information published there are just statistics. It will be game changer if government takes a proactive approach in releasing such data that are relevant to large section of the population day in and day out.

This my friends represents the challenge and opportunity for Govpreneurs. What other data can be released by the Government that can have a major impact in citizen friendly government. Share your comments. 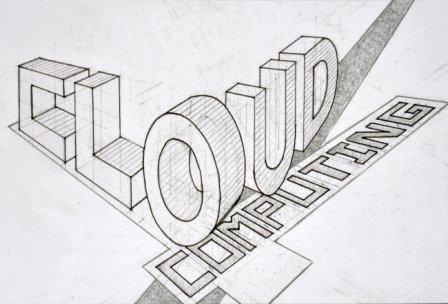